Make History, Eliminate Cervical Cancer for Ever- WHO Chief

Uganda wins big at the EAC games in Juba

Spina Bifida Cause and prevention

Make History, Eliminate Cervical Cancer for Ever- WHO Chief

URN.Cervical cancer is largely preventable through both vaccination and screening for precursor lesions, with appropriate follow up and treatment, according to the International Agency for Research on Cancer (IARC), an intergovernmental agency under the WHO umbrella.

Though highly preventable and treatable, cervical cancer is the second most common cause of cancer death in reproductive-aged women globally, according to the UN health agency, kicking off Cervical Cancer Awareness Month.

“Cervical Cancer is highly preventable and treatable”, World Health Organization (WHO) chief Tedros Adhanom Ghebreyesus tweeted, saying “it could be first cancer EVER to be eliminated”.

Cervical cancer is largely preventable through both vaccination and screening for precursor lesions, with appropriate follow up and treatment, according to the International Agency for Research on Cancer (IARC), an intergovernmental agency under the WHO umbrella.

Cervical cancer is also the second most common cancer type for women, with the highest incidence and mortality rates, generally impacting low Human Development Index countries. In 2020, an estimated 604,000 women were diagnosed with cervical cancer worldwide, 342,000 of whom died from the disease. Few diseases reflect global inequities as much as cancer of the cervix.

Nearly 90 per cent of 2018 deaths occurred in low and middle-income countries, where the burden of cervical cancer is greatest because access to public health services is limited and screening and treatment have not been widely implemented.

An ambitious, concerted and inclusive strategy has been developed to guide the elimination of this deadly cancer. IARC and WHO are working together with other partners to end cervical cancer as a public health problem through the Global Strategy to Accelerate the Elimination of Cervical Cancer. 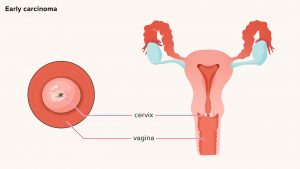 “Evaluations of the current screening methods in terms of their impact on cancer incidence and mortality will play a key role in helping to develop efficient public health policies to fight this preventable disease”, said Béatrice Lauby-Secretan, Deputy Head of the Evidence Synthesis and Classification Branch at IARC.

To eliminate the cancer of the cervix as a public health problem, the Global Strategy set the threshold for all countries to reach an incidence rate of fewer than four cases per 100,000 women. To accomplish this, every State must reach and maintain three key targets, within the lifetime of today’s young generation.

“WHO calls on all countries and partners to increase access to lifesaving HPV vaccination, and expand screenings, treatment and palliative care”, said Tedros.

Each country should meet the 90-70-90 targets by 2030 to get on the path to eliminating cervical cancer within the next century.